Article by Caro Geelen, and thanks to Jan Jessen.

Born 1910 in Huntly, Jim Hinchco was one of the greatest archers New Zealand has ever produced, with a career that spanned over 30 years in the sport. He started during the war, taught by WJ Burton, another great archer from Gisborne. When archery tackle was practically unobtainable in New Zealand, Jim realized that the only solution was to make his own. For many years he was a full-time bowyer – largely supplying the New Zealand market unaided, his bows remaining apace with the international standards and models.
He was the first New Zealand archer to be given NZ representative status. In 1954 he shot in the US Field Championships, as a New Zealand rep, and finished 9th in a field of several hundred.
He was a member of the first ever NZ team. This team travelled to the Australian Champs in 1962. Jim won the target, clout and limited flight events. Between 1951 and 1972 Jim picked up 39 National titles and became the only man ever to be awarded the Master Bowman title – earned by winning national titles and pins in all facets of the sport with gear of his own manufacture.
His achievements include:

To the complete detriment of the sport, on the evening of Saturday September 2nd, 1978, Jim was knocked down by a car when crossing the street and was killed. Jim was survived by wife Mabel, and children Valerie Tetley, Jan Jessen, Ros and John Hinchco. 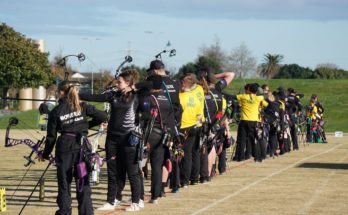 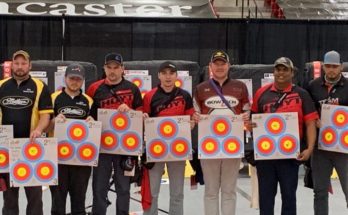 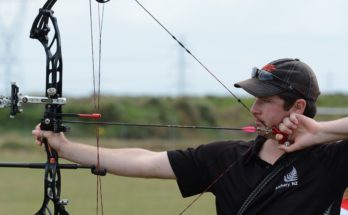