Terry Hamilton was a member of the Trentham Camp Archery Club for many years, started his archery in 1958-59, served for many years on the WAA Committee in several roles, including that of President on several occasions.
He was awarded Life Membership of the Wellington Archery Association. Terry also organized the Postal NZ Indoor Championships, was an ANZ Judge, International Judge Candidate, Level 3 coach and WAA Coordinator of Coaching at times. He, along with wife Dianne, were presented with the Archery New Zealand Service Award. 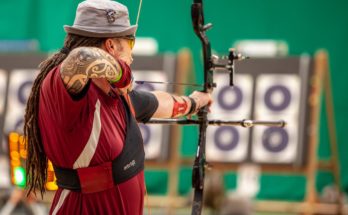